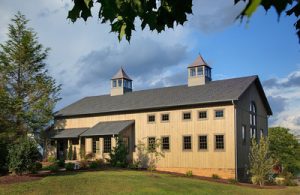 The concept of Turkey Hill Brewing Company Pub & Grille came about six years ago when the idea was to renovate an 1839 bank barn on the property of The Inn at Turkey Hill and turn it into a casual dining restaurant and brew pub to offer guests at the inn as well as the local community an alternative to fine dining. Owner/Innkeeper Andrew Pruden’s grandfather, the original owner of the property, had wanted to do just that some fifty years ago. As a tribute to his grandfather, Andrew decided to go ahead with the idea. Of course, we needed a brew master. That’s when Andrew just happened to attend a party that was serving beer brewed by a local home brewer named Don Abraczinskas.

Donny had been home brewing for 20 years. The beer was delicious; we had our brew master. Structural Analysis was done and plans and ideas came together in the spring and summer of 2009. Renovations began in autumn 2010. Wanting to maintain the historical and personal integrity of the barn, as much of the original barn structure was to remain intact. The old stable doors were removed to eventually become table tops. Wood plank flooring from the upper level were saved to be planned and refinished in order to serve its original purpose. The barn was essentially stripped bare of everything usable when on the first Saturday in May 2010 the area experienced a rare wind storm with gusts up to 65 mph and the structure collapsed in on itself. 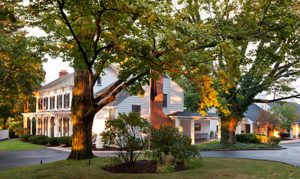 The months following are a bit of a blur. Certainly we could rebuild…but would it be a barn? Would The Inn at Turkey Hill be the same without a barn on the property? Of course not. Doolittle Construction, an Amish contractor nearby, was charged with rebuilding the barn, not a building that looked like a barn. Reconstruction went fairly quickly due to a dedicated team of Andrew and his staff along with numerous contractors, architects and designers.

The result has become a destination for travelers along the highway, business travelers, locals and craft beer enthusiasts alike. Live music is offered on Thursdays & Sundays with the occasional Saturday and features local, regional and national artists. The beer list is continually evolving and highlighting new and interesting beer styles. Be sure to check our website often for news, events and beer and menu changes.